A young woman collapsed, reported as diabetic and pregnant. Her partner called us for help, but didn't really know where they where. We were given three different locations, 2km apart. We eventually located them just as it was going dark. The woman was very cold, and unable to move; the man cold, but still able to walk. The woman was treated for her hypothermia and evacuated to the valley on our stretcher. The man was given additional clothing and escorted down as well. They had no map or compass, no torch, no spare clothing, no waterproofs, and it is certain that the woman would have died before daybreak had we not found them. Their clothing was totally inadequate for the fells in any conditions, let alone in the rain, hail, and thunder & lightning that we encountered while trying to find them. We were assisted by RAF Leeming MRT. 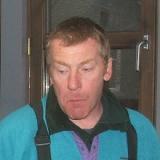